Anger is an energy sang PIL, and so the punk movement took flight. Behind the now cliché of a colourful mohican was a frantic energy to destroy the status-quo of the elites running culture and politics. This was a music that left everything out on stage – except, perhaps, the instruments themselves which were often thrashed past the point of breakage when the gig has reached its climax. A few bands still do this even now; it’s seen to be a signifier of having given so much to the performance that there’s nowhere left to go, a symbol of the destruction of the established order. It’s also quite good fun to watch. Like most musical genres, once punk muscled its way into deeper public consciousness it seemed to have less energy, and to be a bit tired. That’s not entirely fair, but the hardcore punk fans see neo-punk acts who remain commercially successful as bands who have sold out – many true punks look disdainfully on bands like Green Day and their fans as having somehow failed by virtue of their success. The baton of truth is held, it’s said, by bands most of us would never have heard of; in punk, and in other genres that once betokened rebellion but now command widespread attention – RnB, hip-hop, rap. And so on.

Anger isn’t wrong; it just seems to be something that can easily tip us over into wrong. One New Testament letter writer doesn’t say ‘Your anger is a sin’; it says, instead ‘In your anger, do not sin’. Anger is an energy, which left unchecked can lead us to dangerously lose control; which is why the same letter-writer also recommends that if  we find ourselves angry with someone we love, to sort it out before bedtime. 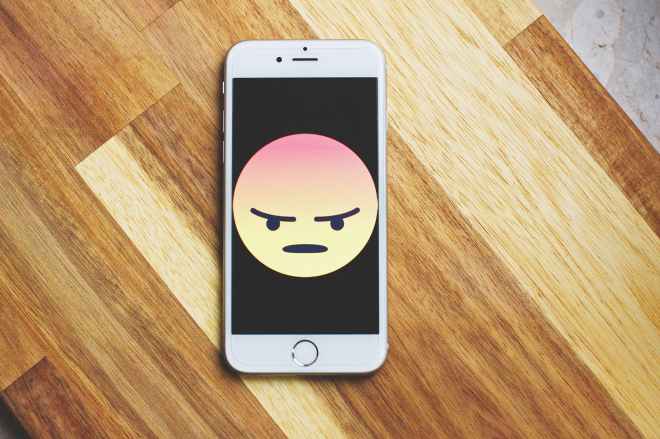 Photo by freestocks.org on Pexels.com

Social media is often blamed for this; and it’s true that never having to see the person you’re typing at makes it easier to get angry and nasty; or at least not having to see them in that moment … a bit like over-spending on the credit-card because it doesn’t feel like real money. If anger is an energy, it’s often a destructive one, whether it’s musical instruments, people or political unity.

Anger was destructive on 22 July, when right-wing terrorist Anders Behring Breivik murdered 77 young people attending a Labour Party Youth Camp on Utøya Island outside of Oslo after detonating a car bomb in the city. Paul Greengrass’s new film, titled 22 July tells this story. With his background in television journalism, British director Greengrass is attracted to stories like this; most powerfully in United 93 which told the story of the plane hijacked on 9/11/01 that never made it to its intended target. That he managed to tell that story without nationalistic fervour, hatred or voyeurism is one of the great cinematic achievements this century. A similar eye is there in his more action centred films – the Bourne movies (3 of which are his) may be fictional thrillers, but they are ones that seem to live in a nearly-real, believable world. If a film had to be made about Utøya Island (and as someone who knows what it’s like to lose someone to terrorist atrocities, I think that’s an open question) Paul Greengrass is the man to do it. He does so with a cinema release, but primarily on Netflix, to get what he sees as an important story into the medium most likely to reach younger people.

It’s a film with clear segments. The first 30 minutes or so portray the massacre itself – the families of victims asked him to neither sanitise nor exploit it, and he achieves that. It’s a devastating half-hour, shot in the eerie half-light of Scandinavian summer; deaths and injuries are real, but not lingered on. Its cinematography is a mixture of his trademark shaken, handheld cameras which deliberately jar with some powerful longer shots; one, of a group of teenagers huddled fearfully halfway down a cliff face, is especially memorable and moving. From there the film follows two paths – the recovery of one teenager badly injured, and the arrest and eventual trial of Brevik. Throughout nothing is soft-soaped, but neither is it milked; the teenager’s recovery is hard to watch (beyond a couple of scenes which feel a little contrived or clichéd; though I’m aware we can’t know the details of his recovery process). Brevik (brilliantly portrayed) is neither mad nor cartoonishly evil; he’s coldly rational, angry and aware. The moment we all know is coming – when he walks in to court and gives a long Nazi salute – is no less upsetting for it being predictable. That’s all in the brilliance of the direction and the performance.

None of these people are the central character, though. That’s Norway itself; the country Brevik insists is on trial. Greengrass said in his brilliant and eloquent interview with the BBC’s Simon Mayo (Simon Mayo interviews Paul Greengrass) that he wanted to tell the story of how Norway wrestled with the issue of whether to let Brevik tell the court his reasons; should we listen to his anger, or should they deny him the oxygen of publicity? Is it ever right to listen to the people who do these things? Norway decided it was; and the result, Greengrass claims, is that anger is is dissipated. In that interview Greengrass cites the ongoing divisions over Brexit, the rise of the far-right in diverse countries and the political cauldron of the USA as contexts where a similar exercise in listening might be fruitful or even healing.

It sounds true and wise, and probably is. I’ve tried hard to listen over recent years, as best as I am able to practically, given my circumstances. But the thing is, I’m getting sick of it. I’m getting sick of being shouted at – metaphorically in text or in reality through someone’s voice. I’m sick of being told or thinking I might be intolerant on the one hand or racist on the other; of being theologically liberal or conservative or progressive; of being a toxic male or a weak one; of being a parent who’s too strict or too permissive. And so it goes on. If listening really does dissipate anger’s energy, or allow the wrongness of the ideas that drive it to be seen for all it is, then I’ve yet to really experience it. Maybe dealing with it once in Norway just caused it move and take root more deeply elsewhere, like some sick version of Whack-A-Mole.

What do we do with our anger, mine and yours? Unexpressed anger is a breeding ground for all sorts of darkness, of which others or the angry one themselves may both bear the brunt. There are plenty of places in the Bible, for example, where anger and lament is given a voice; but this is rare in our public worship. Saying or singing the psalms doesn’t seem to be something that works in many settings now – so maybe we need new expressions of these texts, or songs and hymns that give voice to very contemporary laments. Still, though, many Christians seems to feel that anger is inherently sinful, and that its very expression or acknowledgement will let the genie out of the bottle. What about the rest of us, though; the increasing majority who are ‘spiritual, but not religious’; atheist or agnostic? What are their options? How do we listen well, and express anger well without the cancer spreading or worsening? How do we find the strength to keep listening when we’re sick of it?

Whisper it quietly, but we may have a masterpiece on our hands. Absurd claim, really, for such status can only be conveyed with the perspective of time. Even so: Captain Phillips is a defining moment for one the better directors at work today and an object lesson in how to entertain and challenge the brain at the same time.

Director Paul Greengrass has form with this sort of thing. The underrated Green Zone and the two best Bourne movies (Supremacy and Ultimatum), some of his British TV work and the 9/11 themed United 93. In Captain Phillips he’s on true story territory again, this time with the deceptively simple tale of an American cargo chip, captained by the titular character played by Tom Hanks, which was hijacked by pirates off the coast of Somalia. Based on Phillips’ own book, there is some controversy over the veracity of the film’s version of events. That’s an important discussion, but perhaps one for another day. For Greengrass has taken the Shakespeare approach to recent history – the use of real-life events as a jumping off point for classy story-telling and the opportunity to tackle bigger themes.

This is a film with less actual ‘action’ than the Bourne movies, but other trademarks remain: close-up shaky hand-held camera work, long scenes of excruciating tension (much like the masterful United 93 in this respect) largely spent waiting for something to (maybe) happen, a remarkable capacity to draw the viewer into the physically enclosed spaces the characters are inhabiting. There’s so much to admire: the performances of both Hanks and Barkhad Abdi (as the lead pirate), the sense of loneliness and desperation as crisis closes in on the unprotected cargo ship and, most significantly, the inter-leaved lives of pirate and cargo ship captains. It’s in this last factor that the film rises to a different level.

In the film’s opening Phillips’ preparations for setting off are cut with telling, short scenes of Somali warlords putting unbearable pressure on desperate locals to get out on the water and find a ship to pirate. As the pirates close on their prey we switch from hunter to hunted with swift cuts; the moment when the pirates burst into the ship’s bridge is fraught with chaos and fear, enhanced by the awareness that this was the moment when the two parties of actors first met each other. A masterstroke. As the crisis draws on, Phillips wonders aloud to his captor “There’s got to be more than kidnapping people”. Silence, then the simple reply “Maybe in America”. Compelled by these three words an emotion bubbles to the surface of the viewers’ consciousness that thus far we’d been dimly aware of but had most likely tried to suppress; that we both fear these pirates, but also feel sympathy for them. There is little choice for them, as at the mercy of their paymasters as Phillips and his crew are at their mercy. As the film’s poster tagline reads, it’s all about survival out here; as much for the gun-brandishing but fearful pirates as the cargo crew. This parallelism continues into the film’s brilliantly acted final minutes as we see the long-term ramifications of the crisis for captor and captured start to take shape; much as there are deeper roots to the events of this film than other directors would show us, so we are also not allowed the easy-out. The ripples will continue to spread for years to come.

So, Captain Phillips is an exceptional film. It challenges the action/thriller’s easy categorisations of heroes and villains; we are given flesh-deep characters with real and full lives; we are drawn in the wider context of politics, global over-fishing and the exploitation of the poor. All that and more – whilst never sacrificing the film’s primary draw card of piano-wire tension which will leave your heart beating over-time twenty-four hours after leaving the cinema. See it, enjoy it and think about it.